marisks # code
I am not a mobile application developer but I needed to build an Android application. As for .NET developer, Xamarin Android was a natural choice.

Previously I tried to build Xamarin Android applications in F# too. I was able to create a simple application, but I had issues creating PCL libraries to be able to reuse common code with other applications. Now I have installed Visual Studio 2015 Update 2 which includes new project templates for F#, including Android, iOS, and PCL.

With a new update of Visual Studio, F# finally gets PCL library templates which allow building cross-platform libraries. By using PCL library in my Android application, I can keep all application logic separately from UI. And if I would like to build iOS or Windows Phone versions of my application, I could reuse the library.

So let's start with PCL library. I chose PCL library template which has support for iOS, Android, and Windows Phone. 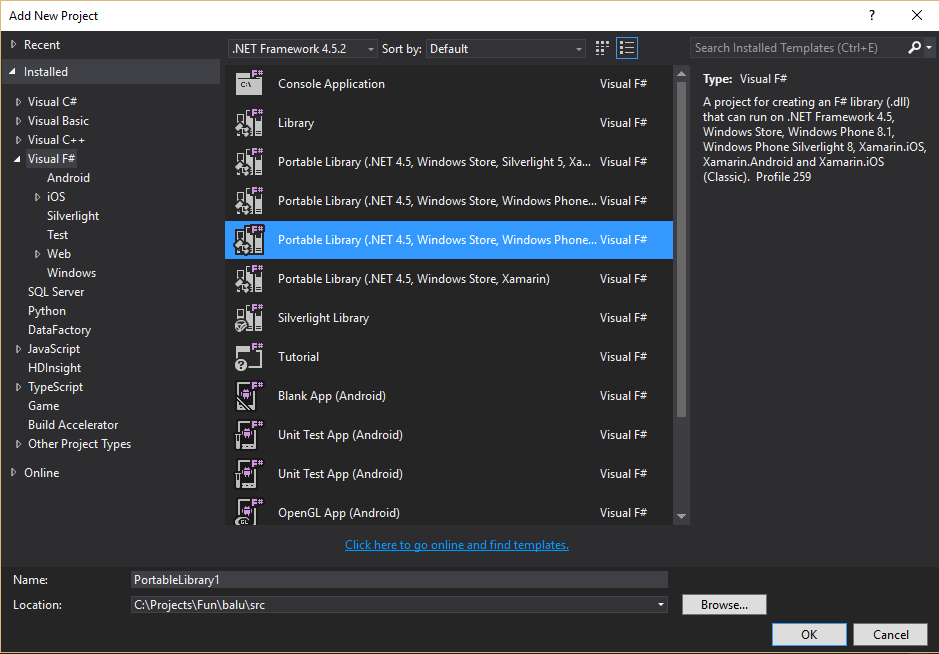 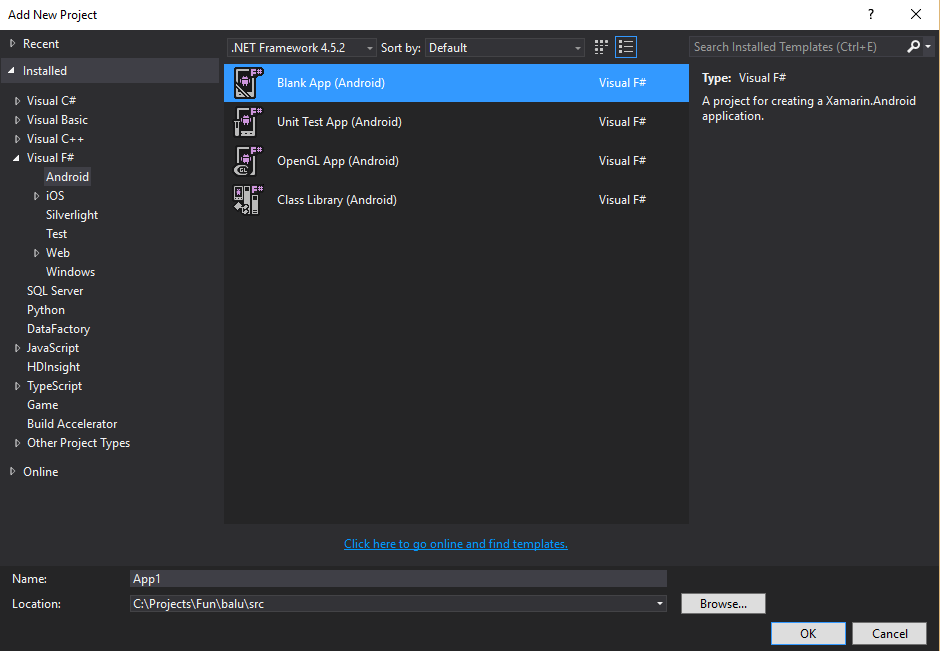 But after selecting the template and creating the project, the project fails to load. After some googling found out the I am not the only guy with such issue. Also found that it might be caused by Android template to expect F# SDK 3.0 to be installed, but Visual Studio is installed with F# SDK 3.1. When I installed SDK 3.0 from here, the project started to load.

Deploying an application to an Android Emulator

Previously I successfully deployed an application to a phone, but never got default Android Emulator to run and didn't try other emulators. I tried it again, but still - no success. When deploying an application from Visual Studio, Android Emulator starts with a black screen and nothing happens. When I tried to run it from Android Emulator Manager, it displayed Android logo and hung. I didn't bother to find out why because there are other options available.

Visual Studio Android Emulator seemed really good, but unfortunately, it doesn't run on my computer. It uses Hyper-V virtual machine. I had Hyper-V enabled, but it didn't work because I have a Windows 10 Pro upgraded from Windows 10 Home. And there is an issue with Windows upgrade that it doesn't create Hyper-V administrator group and it is not possible to create it manually.

So I had to find another option for Android emulation.

I found that there is another Android Emulator - Genymotion. It uses VirtualBox for Android emulation.

After installation tried to run it, but it failed. After some googling found that Hyper-V has to be disabled. As I am not using it (and unable to use it), I turned it off. But there are options to switch between Hyper-V and VirtualBox.

Now I am able to run and deploy my Android application from Visual Studio in an emulator:

Deploying an application to a device

Deployment onto device were simple. First had to enable developer options by opening Settings -> About phone and tapping multiple times on Build number. Next, enable USB debugging in Developer options, connect the phone to the computer. Windows 10 finds required drivers and connects the phone. Then an option to debug an application on the phone appeared in Visual Studio. Start debugging and application gets deployed to the phone.

After initial Android application project setup and successful deployment to an emulator and device, it is quite easy for .NET developer to start creating applications. But getting started is not smooth and could frighten off some developers. I hope that after Microsoft acquisition of Xamarin, things will get better.